Under the surface of every QT film, there is a massive amount of implicit inter-action going on. At the heart of these interactions-which includes, alongside the central conflict (or the lack thereof), the camera framings and movements, the dialogues, the music, and even the slight gestures-is the history of Cinema. This ‘History’ plays itself, almost pervasively, against what has been posited otherwise as ‘real’ history; the resulting contention often deconstructs the latter, seemingly yielding in an unsure Cinematic triumph. ‘From the very start of his career, Tarantino has built his own table of references into his films, which he invited viewers to watch not as visions of reality but as representations of ideas that coalesce into a world view.’ In a very steady manner, he has examined and de(con)structed the inherently problematic historic-politic constructs(“Land of the Free, Home of the Brave” et al) that the Capitalist apparatus has successfully upheld within the US of A. Starting with the characteristic fragmented nature of Causality in the uber-globalised, late-capitalist America in Pulp Fiction (1994), and exploring various Genres that celebrate the moral superiority of America over the rest of the world. With Django Unchained, he brings it to the heart of contention, using a genre that brought to the fore in all excesses, the tropes of American films-the Spaghetti Western- the darkest chapter in America’s history of Colonisation and settlement.

Abbas Kiarostami once pointed out that the single most important thing that QT did as an American filmmaker is to parody the moral justification for violence in most Hollywood films. In providing his characters (including the good, the bad, and the ugly) with a thoroughly Cinematic lineage, and thereby negating their existence otherwise in the ‘real’, the violence in his films becomes a celebration of what it is not; the violence never Is, it is but a residue of a history of violence that Hollywood bases itself and operates upon. That is to say, then, perhaps, that despite all the surface-level celebration of violence and gore, QT remains – due to his insistence on postmodern, aesthetic foregrounding, as well as his deconstructive cartoonisation of his characters – the most anti-violent filmmaker working in Hollywood today. It is therefore paradoxical, and even ironic, that he seeks Django’s justice/vengeance (for both are almost synonymous here) through this very celebration of violence that he has till now seemingly maligned.

Politically, the film is essentially a counterfactual historical warning: that the South got off easily with the Civil War when, in a proper balance of justice, it would have faced the avenging violence of freed slaves, or even a massive slave uprising during the war, whose exaction would have far exceeded military conquest and brought about total destruction and left few alive. Django’s triumph in the end of the film becomes oral legend through the escaped slaves-very similar to all ‘Western’ tales of legendary gunfighters, which is staple of the Western genre – which may promulgate, in a complex web of causality, into empowering the slaves in a manner they could never before imagine. Justified as this wishful fantasizing may be, QT is fully aware of its dangerous ramifications and practical impossibilities, as it is only after a bizarre Deus Ex Machina, which involves the ridiculous death of Tarantino himself, playing an out-of-place Australian (‘The Death of the Author’, similar to Inglourious Basterds (2009)), that Django can exact his revenge. The film itself is an Ulyssian journey for Django; his bizarre social liberation proves to him the viciousness of the machinery that Slavery had become in the Antebellum South, as he himself has to become the cruel perpetrator of racial violence, in order to align himself with what appear to be the norms. The despondency of the house-slave Steven (a superb Samuel L. Jackson), along with this incident seem to be implying as to how internalised the apparatus of Slavery had become. 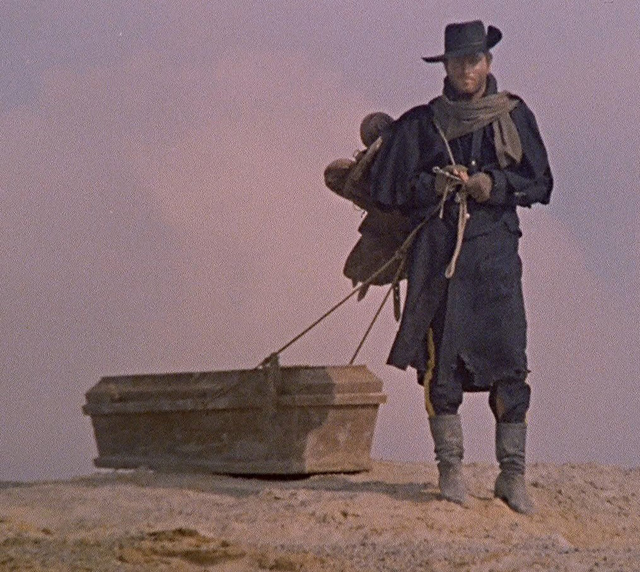 Contending against the historic implications, are the surreal and excessively violent Django films which characteristically play loose with American historical archetypes, rearranging them to create new myths regardless of the perceived sanctity and seriousness of the actual historical events (or the established myths that have come to represent those events). The representation of slavery in American cinema from Birth of a Nation (1915) to Gone with the Wind (1939) to Amistad (1997) is always reduced to a heroic humanist quest for equality by the altruistic white male; QT deliberately underplays this false idealism in all of his white characters in the film, including that of King Schultz, who ultimately gets killed over a trifling handshake, forgetting his actual job-at-hand.

Yet the tragic flaw of the film remains in its ultimate recourse to violence as a disciplining mean. Unlike all of his films where the dichotomous relation between the good guys and the bad guys is absolved in a post-structural abstraction, here QT picks sides in his aesthetic presentation of violence. While the violence inflicted by the bad guys is shot as incredibly dehumanising and vicious, Django’s rampageous killing sprees are shot with incredible elan, rendering his violence gracefully titillating and his presence, superhumanly; thus making him susceptible to the very false idolization that QT seemed to have undone till day.

Perhaps, by taking sides, QT implies that the ‘Hurt’ inflicted on the Blacks in America is present as an ontological entity, a ‘real’ presence that extends beyond his, and anyone’s Cinematic universe. Perhaps, to initiate a dialogue about the darkest chapter of American legacy, at the present time-when market forces seek to equalise injustices in an ahistorical, apolitical plain-is all he sought to do.